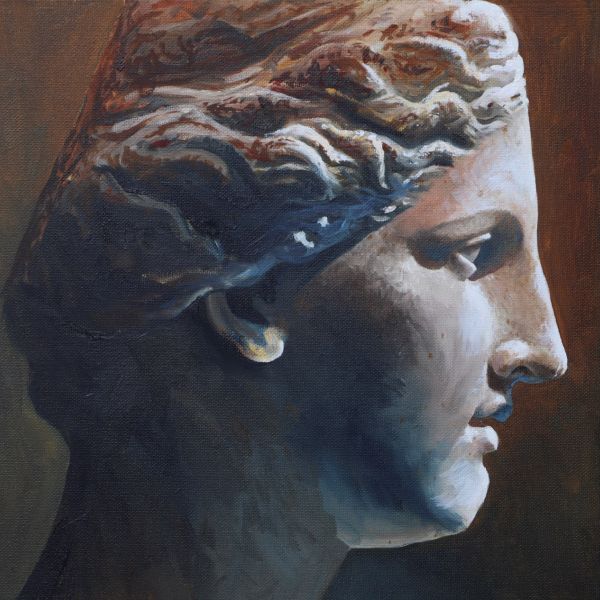 Jason Roberts has been a professional artist for over 25 years painting and exhibiting in the United States, Europe, Asia and around Australia.

He was the youngest artist asked to exhibit in New York City’s Spanierman Gallery landmark 1996 exhibition ‘Natural History’, and a decade later his Gondwana solo exhibition opened to acclaim in Tokyo, Japan. Jason began painting horses as part of a 2008 commission for the Sultan of Oman, and has since painted thoroughbreds at Royal Ascot and Chantilly, France, and Royal Marwar horses for the Maharaja of Jodphur, in Rajasthan. Animals and the natural world make up much of Jason’s oeuvre, and in addition he paints urban landscapes from Australia and abroad, and delicate, highly sought after, botanical studies.

I am supporting Honour Her.....

I was very happy to be asked to be involved in the Honour Her campaign, having lost my aunt, with whom I was very close, to cervical cancer a number of years ago. Gabrielle was an opera singer, and lived and performed in Europe for many years, basing herself in London. She returned to Australia as I hit my teenage years.

As I studied art she was ceaselessly encouraging, and then in late 1986 Gabrielle was diagnosed with cervical cancer. At the time I was planning my own pilgrimage to London to begin my art career, which Gabrielle heartily supported me in, and just as I began following her footsteps, the cancer swiftly, tragically, took her from us.

My artwork is a study of a Greek statue, Head of Artemis' in the Kunsthistorisches Museum, Vienna.