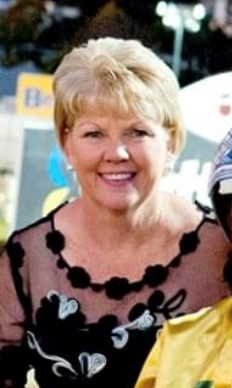 The Harness Racing industry is proud of the contribution made by reinswomen and industry sponsors as it is one of the few sports with a balanced representation of women and men. This makes the support of ANZGOG’s research, improving life for women with gynaecological cancer, very relevant. This is why we have chosen to highlight some of the amazing women in senior positions within the Harness Racing Industry across Australia and New Zealand.

Unlike other sports, in Harness Racing men and women compete against each other. How has the harness racing industry been able to achieve this, and what is the significance of women’s role in the sport?

Although Harness Racing was predominantly a male dominated industry many years ago – there were always women pushing to break the mould.  We all know that when a woman wants something badly enough – she doesn’t give up until it is realised.  There were pioneering women who wouldn’t take no for an answer and today, there are races held often where there are more female participants than males. There is no reason that women should and could not compete against men as the skills required are not confined to males.  There are some horses which are harder to control than others but that is not just for women – men have the same difficulties from time to time.  Being able to relate to an animal is probably similar to nurturing and reasoning with a child – and women generally have more experience and hands on experience at that than most men.

Team Teal is a national campaign to promote awareness of ovarian cancer and raise important funds to support prevention and education programs. Why do you think the harness racing industry has embraced the campaign as much as it has?

Being involved in Harness Racing all my life – I know that as an industry, we all pull together in a crisis.  It has happened time and time again.  I believe that Team Teal has tapped into that spirit and given that Lynn McPherson was heavily involved in the industry – it would only make sense that the industry has embraced the cause as its own really.

What is your call to action for the harness racing community of why the message about ovarian cancer should be shared?

The industry does not need my ‘call to action’ – it firmly has the “Team Teal” promotion entered in the racing calendar as everyone,  but particularly the ‘fairer participants’ look forward to this time of the year.  Every year there is another idea or initiative that adds some more fundraising dollars to the ‘kitty’.  I’m sure that this year will be no different!

In the absence of a vaccine or detection for ovarian cancer we encourage women to know the symptoms, the risks and take prompt action with their family doctor should they be experiencing symptoms that are unusual for them and persist longer than 3 weeks.