Lacing hike boots for the first time, Lee Roberts is calling others to join him on WomenCan’s Larapinta Trek to raise awareness and funds for gynaecological cancer research in honour of his late wife, Marilyn. 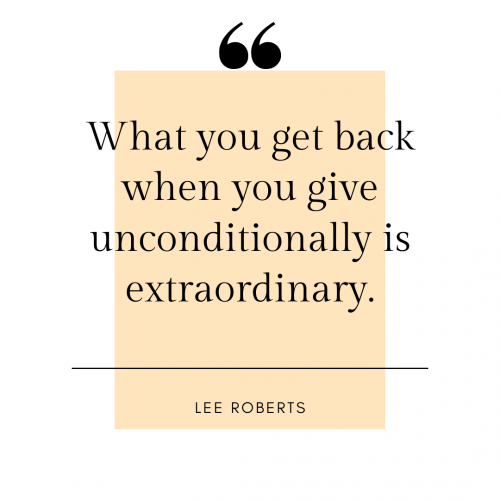 While Queen was singing about ‘Somebody to Love’ in 1976, the housemate of 21-year-old Lee needed a ring-in for a double date in Melbourne. Fate was coming. “I heard Ross saying on the phone, ‘don’t worry, I’ve got somebody!’ after his brother had to cancel,” the now 67-year-old Lee recalls. “So, I went along instead and met Marilyn – Maz –a 24-year-old Go-go dancer in velvet hot pants and that was the end of it. She was an ex-ballerina, sophisticated and trendy, I was the opposite back then! We did everything together; we were soulmates, true partners. I proposed to her driving my father’s Ford Falcon along the Nepean highway. It was hysterical, how unromantic!” Luckily Lee had 45 years of “us” to improve his romantic notions, which he did right up until he told his Maz to stop fighting and held her as she slipped from this life. 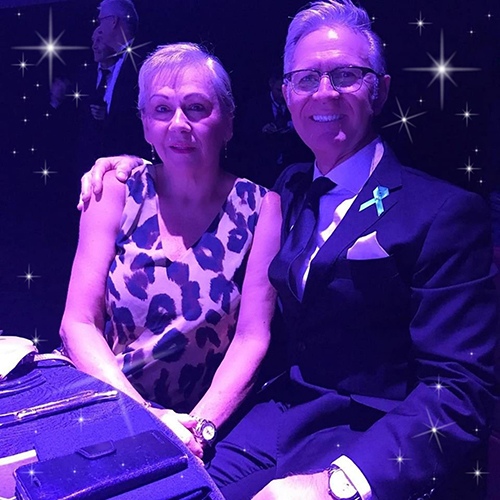 “When you lose your person, their legacy is how you cope, give back and share information to help others,” Lee said. He’s now training for the Northern Territory’s Larapinta Trek with team WomenCan in August, to raise awareness and funds for ovarian cancer research. Hikers will challenge themselves physically, mentally and emotionally in honour of the difficult journey women with gynaecological cancer experience.

In 2015, 15 years after beating breast cancer, Maz and Lee had a weekend with friends in the Southern Highlands when her abdomen became alarmingly extended. A CT scan and tests revealed the worst, late stage ovarian cancer. Its BRCA gene connection to breast cancer wasn’t yet realised. “Resilience is the strength and speed of our response to adversity; it’s how well we persevere in the face of adversity or suffering,” Lee quoted. If that definition is true, Maz was the epitome and it was at the core of her character. “We started that journey of doing what you have to do – surgery and chemo. Maz always looked a million bucks, even attending post-surgery appointments in high heels! I made a conscious decision to live and do things we planned to do – we travelled quite extensively.” 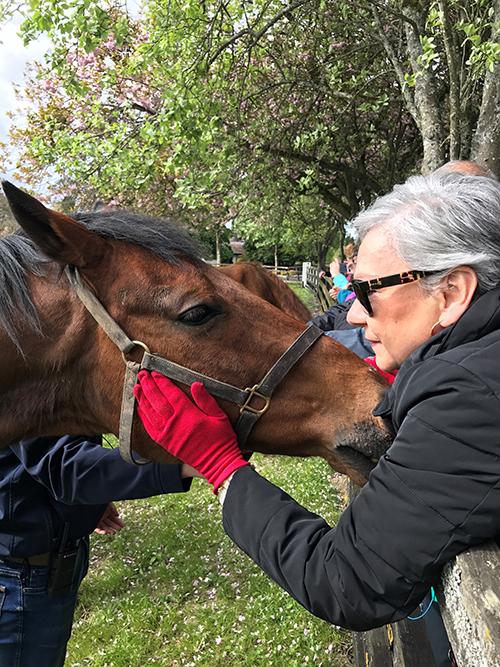 This included Ireland in 2017 when Maz began to feel unwell again. Sure enough, a CT scan found cancer had spread to her lungs, liver, gall bladder, and behind her stomach. “She agreed to challenging surgery and just said ‘if in doubt, cut it out’. Typical of Maz being the most resilient, stoic and terribly optimistic person I’ve ever met,” Lee smiled. “It was all about 'live in the moment' and she never complained once. You get to the point where you work to cram as much into the time you have.” Extending that time were clinical trials and Maz was able to access parp inhibitors, a new drug that otherwise could have cost around forty thousand dollars a month.

"Even knowing the odds long-term weren’t fantastic, I was prepared to do anything. I would have lived in a caravan to fund it. Maz’s unlucky situation proved ironically lucky as she ticked all three boxes to participate in the trial: breast cancer, BRCA gene and ovarian cancer. The trial gave us hope.” 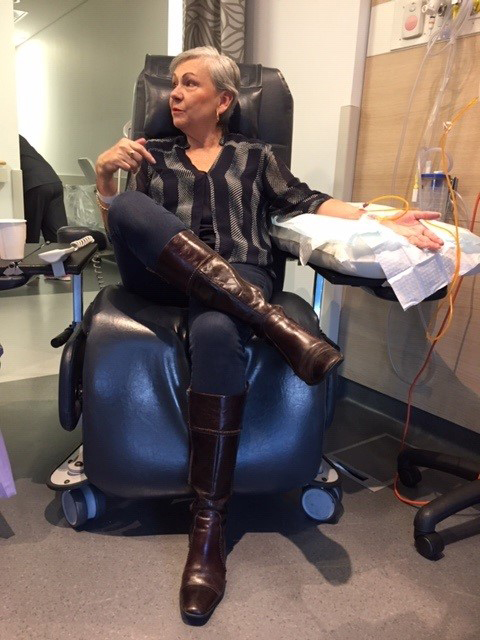 Still embracing opportunities, Maz and Lee planned a US holiday until a sudden bowel blockage in 2020 turned out to be a tumour needing major surgery. “Next thing, the operation was off because tests found acute myeloid leukemia,” Lee said, pointing out three cancer ribbons tattooed on his calf: breast, ovarian and leukemia. “Maz was the definition of resilience once again when her life became having at least one-two blood transfusions a week. I’d told her from the moment she was diagnosed, ‘you’ll never go through this alone’ and I set up my office in her therapy room.”

Rapidly declining, Maz prepared for radiation when a tumour around an artery caused her legs to swell. It was clear while Maz would never give up, her body would. “I didn’t want Maz to know she was going to palliative care. I wanted her to be free from pain, comfortable and have her dignity,” Lee said. “There was no way Maz was going to survive – I know that now – but she never lost hope at any time. You do not take hope away from anybody.”

In peaceful rooms at Concord Palliative Care Hospital, Maz drifted off listening to a video of her granddaughter saying, “I love you, Nanny”.

“Always so resilient, I had to tell her to go. I sent our son to have a beer with his mates, then told her to stop fighting.” Maz passed away 15 minutes later on 27 September 2020; the man who had only missed one appointment in five years, her husband of 45 years, right beside her. 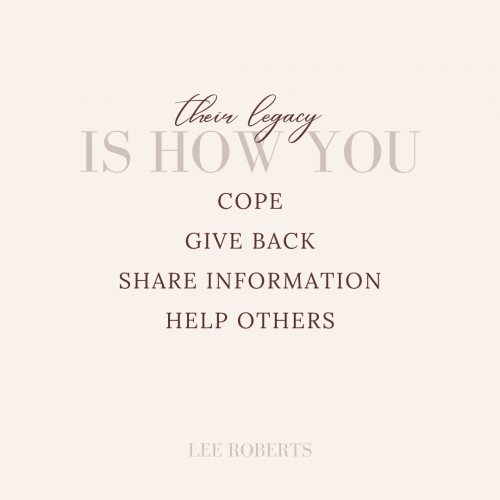 “It took Maz’s death to realise the impact she had in life and I was overwhelmed by the people who reached out including hospital receptionists and Olympians she’d worked with. Her oncologist told me the way Maz was always happy and never gave up changed the way she now treats patients.”

That’s why Lee, with zero hiking experience, agreed to join WomenCan’s Larapinta Trek. “Our family philosophy is to always pay it forward; to give back whenever you can.”

Lee himself beat prostate cancer almost 10 year ago and knows raising awareness and research is the way forward. “I look at my sons who have a higher chance of prostate cancer, at my grandchildren, my granddaughter, and I have hope because research is going to come a long way for them. It’s because women like Maz blazed a trail for them with their bravery and resilience; that is her legacy.” 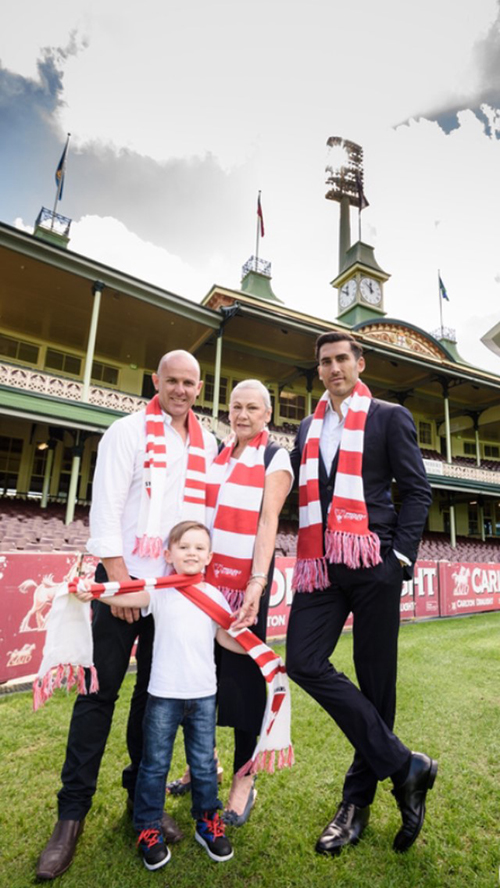 Donate to Lee's fundraiser or join the challenge to raise vital awareness of gynaecological cancer and fundraise for essential research.

Spots are filling up fast for the WomenCan’s Larapinta Adventure, secure yours here.

At WomenCan we value personal stories, like Lee's, as they help to raise much-needed awareness and understanding of gynaecological cancer. Do you have a story that you would like to share with us? Contact WomenCan