How STS was introduced in Australia

STS is a volunteer program that brings the faces and voices of ovarian cancer survivors and caregivers into the classrooms of health professional students to teach them about women’s experiences with the disease, and increase the likelihood of early diagnosis.

Bronwyn was an extremely important part in bringing STS to Australia. She first stumbled upon the program in the U.S, where she became a volunteer and found a sense of empowerment.

After returning to Australia a few eyars later, Bronwyn was determined to give women with gynaecologcial cancers, the same opportunity that she had at as STS volunteer in the U.S. Bronwyn decided to reach out to ANZGOG and a few years later, the STS program was established in Australia.

I am beyond proud of how successful the Survivors Teaching Students (STS) program has become in such a short time and just how many university students we have reached across all Australian states.

Once I recuperated from first line treatment for Stage 3 ovarian cancer in 2007, I looked for a way to make sense of my experience and found the Survivors Teaching Students program while working in the US. I volunteered with the STS program in NJ and NY state from 2010 and found it both cathartic and empowering. I saw first-hand the impact presenting our stories made to the students.

In 2013, I began looking for a similar program to join in Australia when I returned home. I couldn’t find anything even close. I wanted the women in Australia impacted by ovarian cancer to have the same voice I had in the US and wanted the Australian medical students to also hear the same message and evoke positive change in the experience of woman diagnosed with ovarian cancer in the future. From 2014, I knocked on doors to bring the STS program to Australia and in 2016, the perfect home was found with ANZGOG.

The STS program was launched in Australia in 2017 and has quickly surpassed all my hopes.

The program has created an incredible community of wonderful caring women and men, passionately raising awareness of ovarian cancer amongst the medical professionals of the future. Just amazing!

It is thanks to women like Bronwyn that programs, like STS, can educate medical students to become more sensitive to symptoms and improve life for women with gynaecological cancers. 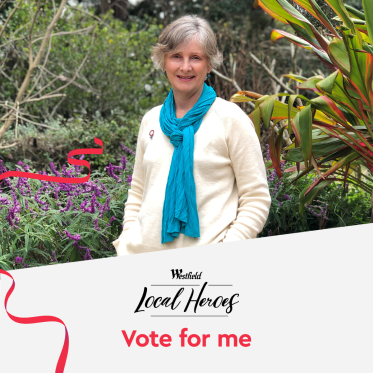