Please join us in congratulating ANZGOG Chair, Professor Clare Scott who has been appointed a Member of the Order of Australia in the Queen’s Birthday 2022 Honours list which was announced by the Governor-General today, June 13.

Professor Scott AM has been recognised for her significant services to gynaecological cancer. The Australian Honours and Awards system recognises the outstanding service and contributions of Australians. Recipients come from right across the country and from all walks of life. While some are well-known, the majority are unsung heroes. 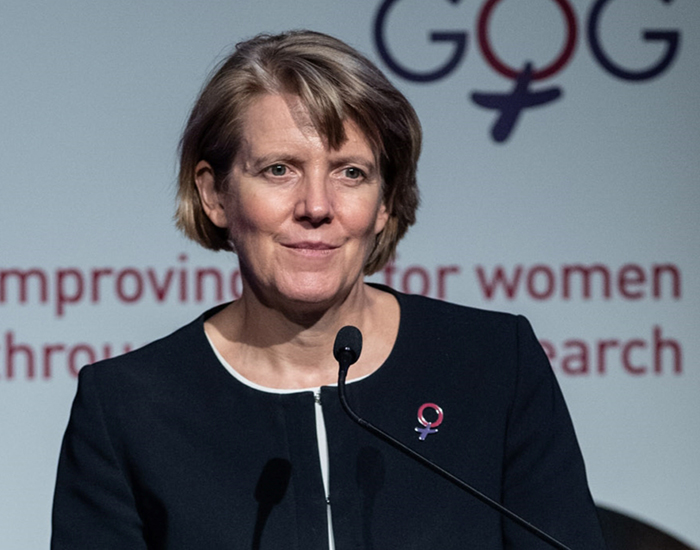 Clare Scott AM believes that working as a medical oncologist and translational researcher, she has a vital role to be an advocate for women with gynaecological cancer and a voice that represents all who work tirelessly to improve the lives of people affected by gynaecological cancers.

“The only way to change the future is with research. Today’s treatments lack the power we need. Instead, we need to match treatments with cancers so that we can control them properly for the future. This requires a whole network of people, both nationally and internationally. I would really like to thank all women who have participated in clinical trials, it is a significant commitment.”

Elected ANZGOG Chair in March this year, Prof Scott AM leads ANZGOG’s 1,200 clinical and allied health members across Australia and New Zealand, working in 61 hospitals to conduct significant gynaecological cancer clinical trials. She has been a member of ANZGOG since 2009 and a Board Director since 2014. She is currently the Chair of the OASIS Steering Committee, and holds the position of Co-Chair, Gynaecologic Cancer Intergroup (GCIG) Rare Tumour Committee.

Prof Clare Scott AM continues the tradition of ANZGOG members achieving recognition with an Order of Australia award. This includes former chairs Alison Brand AM, Michael Friedlander AM and Michael Quinn AM.

As the fundraising arm of ANZGOG, WomenCan is pleased to share the news that Prof Clare Scott has been appointed a Member of the Order of Australia (AM) and would like congratulate all of the 2022 Queen’s Birthday Honours recipients.

Watch Prof Clare Scott AM in the video below:

WomenCan is the fundraising arm of ANZGOG. Our mission is to engage the community to fund ANZGOG's pioneering discoveries that will enable women with a gynaecological cancer to live better and live longer.