'I'd do it all again in a heartbeat!' Anna and Mimi's story 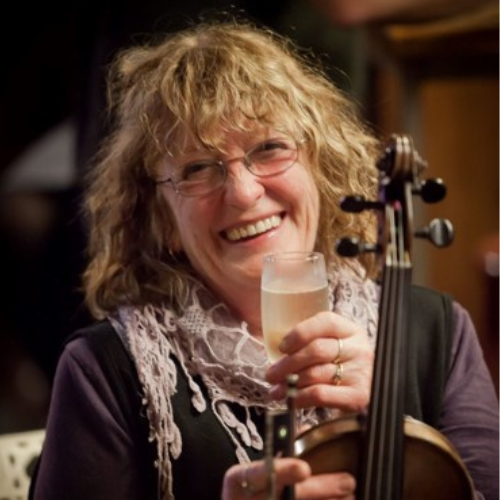 Anna is about to mark six years without her mum Mimi. Time froze when her mum died but the memories of her fight for life remain foremost in her mind.

Mimi was diagnosed at 70 with advanced vaginal cancer, which is one of the rarest types of gynaecological cancer. Throughout her life, her mum had always experienced bad periods so when she had some breakthrough bleeding, Mimi was more inclined to think that it was just another women’s thing.

“She would never have thought it to be anything more sinister, and it wasn’t until her neighbour, a nurse pushed her to see a GP that Mum investigated.”

Things moved very quickly from that point on.  The GP referred her immediately to a gynaecologist, who on examination could see ulcers and took a biopsy.  He called the following day to say there were cancer cells present which led to Mimi being urgently referred to a Gynaecological Oncologist to manage her care.

As surgery could not initially be considered, radiotherapy and chemotherapy were instead prescribed as the front-line treatments, so she started radiotherapy, locally in the nearby town of Launceston, where the plan was to shrink the tumours without resorting to surgery.

A little while later, Mimi and Anna travelled to Melbourne for Brachytherapy, however on arriving her results showed the initial radiotherapy had shrunk the tumours so much that they had to change the treatment plan.

“We were so happy to get this news, I rushed off to buy a bottle of champagne and we sat in the local park toasting the success.  Although she was happy, mum was not 100% convinced it was all gone.”

Surgery was now totally out of the question and chemotherapy was sought to provide some time. After three cycles, Mimi became sicker and frailer, and all treatment was stopped. At this point, pain relief was all that could be offered.

Anna took the lead with Mimi’s care plan. Anna spent endless days holding her mum’s hand and rubbing lavender oil onto her feet.  She was fortunate to have a flexible workplace and continued to balance work and care for her mum.  Her mum Mimi was a retired early childhood educator, who always showed great patience and love for the children she taught.

“Mum was only five feet tall, and she always joked that she loved teaching kids who were shorter than her! People were drawn to her beautiful spirit” says Anna.

Although more of an introvert, Mimi was always the life of the party. Her lifelong passion for playing the fiddle enabled her to engage with people on many different levels.

Anna also took on the role of being her father Neil’s supporter.

“Dad took mum’s diagnosis hard.  His initial reaction was to be angry about everything and that was confronting. The first month or two was the hardest.”

Anna and her parents realised early on that they needed to be a team, relying and leaning on each other.

During this time Anna didn’t think to seek support for herself, but in hindsight, she feels things might have been different if she had. Even accessing some of the domestic assistance services which she didn’t realise were available, would have eased some of the pressure at the time.

“I put my life on hold to care for mum.  I’d do it all again in a heartbeat. The best advice I would give people going through the same journey is to consider seeking outside support.”

Anna withdrew from all her regular activities to care for her mum, and this had its challenges, once she was so tired and overwhelmed, she accidentally fell down the stairs and broke two ribs.  But the thought of mum being on her own in her last days and hours was too heartbreaking for her to slow down.

Anna recently joined ANZGOG’s Survivors Teaching Students program, sharing her story with medical, nursing and allied health students to help them gain a deeper understanding of the impact on women and their families following a gynaecological cancer diagnosis. Being involved has helped Anna to know that she wasn’t alone in her experience. “I think mum would be ok with me being involved and that something good could come from something so tragic.”

During National Carers Week, we send our thoughts to all carers. Without your love and support, the journey would be so much harder to bear. Thank you.

Personal stories like Anna’s have the power to raise vital awareness of gynaecological cancer.

If you have a loved one affected by gynaecological cancer and would like to share your story with health professional students across Australia as part of the Survivors Teaching Students program, please contact bree.stevens@anzgog.org.au or visit www.anzgog.org.au/sts