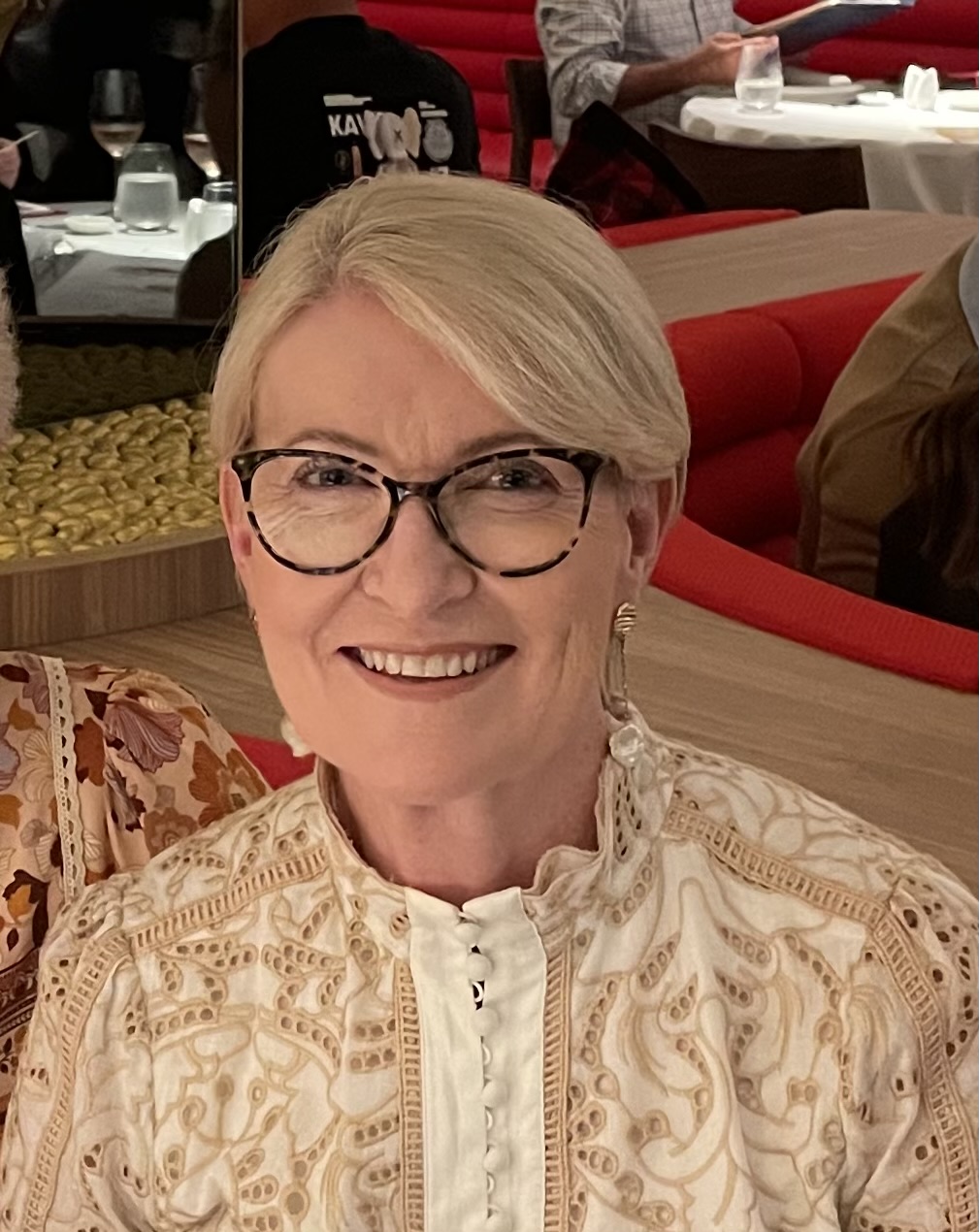 "At least you have a nice shaped head!"

“I am a registered Nurse and Midwife. I had nursed women with gynaecological cancers and remembered that ovarian cancer had very bad outcomes. I was surprised how long it took me to convince the GP that I thought something was wrong – it took 8 months to get a diagnosis.” Finally, in May 2020, Victoria was diagnosed with stage 3 high-grade serous ovarian cancer.

Victoria initially visited her GP quite a few times complaining of fatigue, lower back pain, weight loss and changes in her bowel and bladder habits. The breaking point was the pelvic pain she was experiencing on her left side.  In hindsight, these symptoms are some of the most common reported by women with an ovarian cancer diagnosis.

“My GP initially suggested I was stressed from my demanding job and developed a GP management plan suggesting I see a physiotherapist and a psychologist. She later diagnosed irritable bowel syndrome (IBS) and told me to follow the FODMAP diet. When I came back again complaining of pelvic pain I was sent for a transvaginal ultrasound. I was called back the next day to be told I had a large tumour on my right ovary which was most likely ovarian cancer.”

Victoria was on her own when she received the news, “I don’t even remember driving home – just bursting into tears when my husband asked me how it went! I cannot recount the number of times I have woken up in the morning and hoped I had dreamt that this diagnosis was just a bad dream. It was hard to accept that I would need surgery and chemotherapy so quickly after diagnosis.”

As best she could Victoria prepared for urgent surgery to remove her ovaries and uterus with a warning that it might extend to her bowel, which would require resection and a colostomy if the cancer had spread.  Victoria recounts, “I woke up in recovery to be told that I had only had a laparoscopy” and the news that “ I would need 9 weeks of chemotherapy to shrink the tumours prior to major debulking surgery.”

Chemotherapy began the following day and Victoria struggled with lack of appetite, taste and extreme nausea after each treatment. She lost 10kg during chemotherapy and 14 kilograms from the time of her diagnosis.  After eleven weeks of chemotherapy, Victoria again prepared herself for surgery.  She would undertake a 6.5-hour surgery, removing all reproductive organs as well as her omentum, and lymph nodes from her groin.  “When I woke up in intensive care, I was in excruciating pain but all I wanted to know was if I had a colostomy bag.  The nurses advised me I didn’t, and I was so relieved!”

Victoria would endure another 10 weeks of chemotherapy. Some of the oddest comments she received during this time included why her pap test didn’t pick up ovarian cancer.  “Too many people believe the pap test (cervical screening) is a screening test for ovarian cancer as well as cervical cancer.  Unfortunately, there is still no screening test for ovarian cancer.” The other most annoying comment occurred when she was bald due to treatment; “At least you have a nice-shaped head!”

Her challenges were amplified during this time being a regional patient, having treatment during the COVID-19 pandemic, where the isolation added to her trauma.  “I was also sad at the thought of not meeting my son’s first child. And not enjoying life with my husband.”

Victoria understands the importance of increased research; “I nursed women 30 years ago with ovarian cancer that received the same chemotherapy drugs I received.  More research could discover better-targeted treatments to improve outcomes and survival rates.”

The best advice Victoria can give others is to “live in the moment and celebrate the little things.”

This September WomenCan Honour Victoria and other women like her, who have been diagnosed with gynaecological cancer.

You can Bid, Buy or Donate during Honour Her to support gynaecological cancer research and women like Victoria.