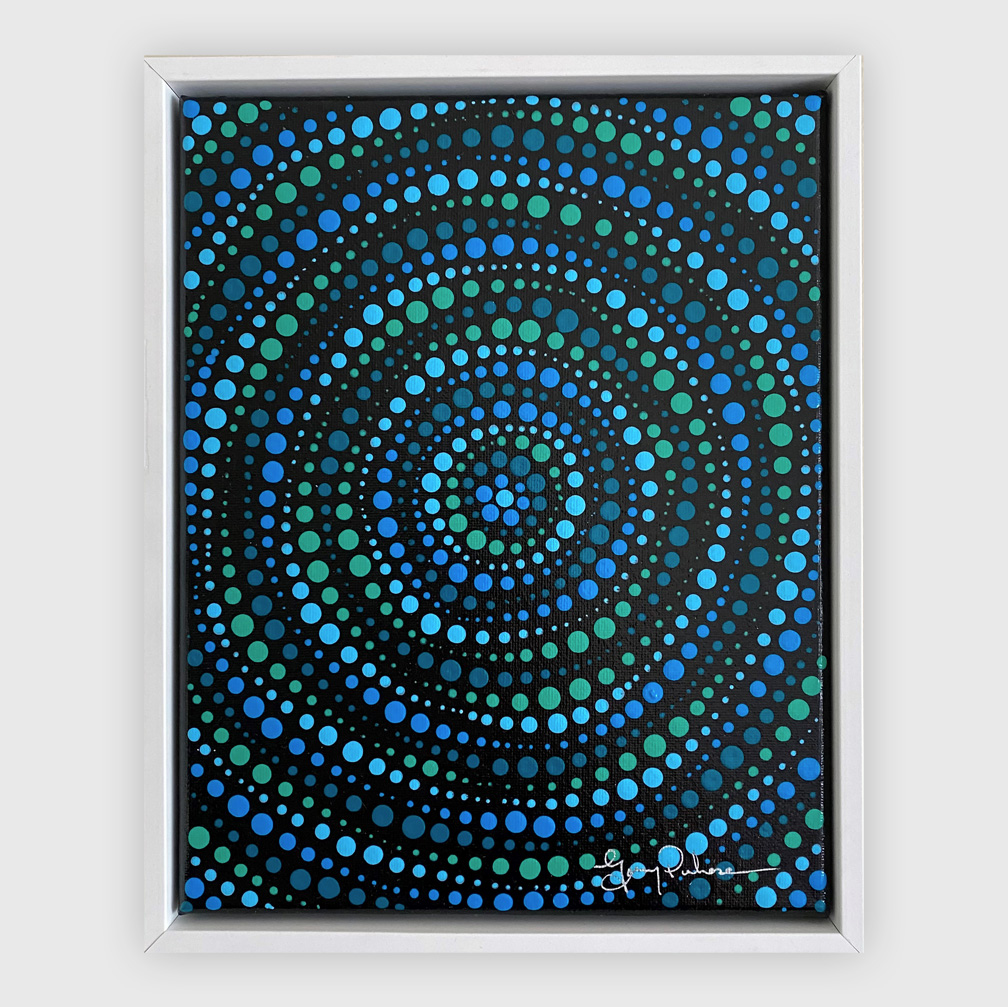 Garry is a proud Aboriginal man of Dharawal, Bidjigal and Dhungutti descent. He grew up in Sydney's Eastern suburbs in Botany and was raised amongst the Aboriginal community of La Perouse.
Artistically, he first started painting after he moved to the Central Coast with his wife and 3 sons in 2013.

His style is a more modern take on traditional Aboriginal art, steering away from the common dreamtime stories and focusing on his own personal journey, experiences and social issues that pushes a lot of creative boundaries as he stretches the limits of what Aboriginal art can be.

A single drop of water may seem insignificant in an ocean, but it has the power to leave an effect of change that can be seen and felt far and wide in the water ripples it creates.

The same thing applies in society.

One person can also leave a long lasting impression on those around them in the same manner, purely by their actions and words.

Everyone has that power.