The day Ann’s GP told her she had ovarian cancer requiring immediate treatment, her first fears were for her family.

A medical receptionist, Ann knew the situation was serious. But she was just about to head to Sydney from her home in Canberra to look after her cherished grandchildren. She couldn’t bear to cancel the trip and let down the little ones who needed her. 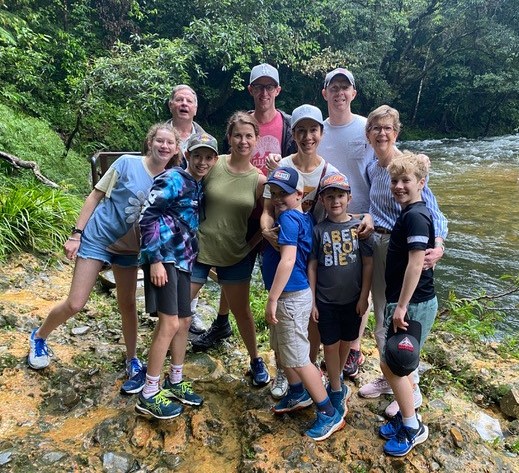 That was in 2016 but Ann’s focus hasn’t faltered. Her thoughts are fixed on future generations of women, including her 14-year-old granddaughter.

Ann has been participating in research through the Australia New Zealand Gynaecological Oncology Group (ANZGOG), in the hope answers will be found - not only for herself but for those who will come after her.

Every year, 6,800 women in Australia will hear they have one of the seven different gynaecological cancers. That’s 19 each day. Many are in the midst of busy lives caring for others. We all know women like that - cancer is the last thing on their minds.

Ann’s diagnosis came as a huge shock after an ultrasound to investigate a sudden bleed. She had to travel to Sydney for her initial surgery, which thankfully went smoothly. Back home in Canberra, the day she started chemotherapy she was feeling positive and confident.

At her first meeting with her medical oncologist, Dr Alison Davis, who is an ANZGOG member, researcher and director, she was asked to consider joining a clinical trial. Read what Dr Davis says about the urgency of this research.

The goal of the trial, called ECHO and run by ANZGOG, was to explore whether exercise during chemotherapy could improve the health, survival and quality of life of women with ovarian cancer.

Ann, already a regular at her gym, gladly volunteered. She says any stress and worry she felt would lift while she was doing the program, including daily walks, set for her by an exercise physiologist.

Unfortunately though, another shock was coming. Ann was on holiday to celebrate being cleared of cancer when she began experiencing new symptoms. You can imagine how devastated she was to learn the tumours had spread into her small and large bowel.

After further surgery, Ann’s recovery was much harder. Being invited to participate in a second clinical trial testing a new therapy approach gave her some much-needed hope.

ANZGOG’s ICON9 study is researching the effectiveness of combined treatment with two chemotherapy drugs for women with recurrent ovarian cancer. Ann has had to stop one because of the side-effects, but she still takes the other which she calls “my security blanket.”

“It’s the research that will save women’s lives” Ann says.

However, she knows that the greatest hope from her involvement in research is for younger women and girls like her granddaughter.

As for her own family, she’s not sure how long she’ll have with them, so she soaks up every precious moment together. Her happiest times are hearing her littlest grandchildren squeal with excitement when they see her walking through the gate. 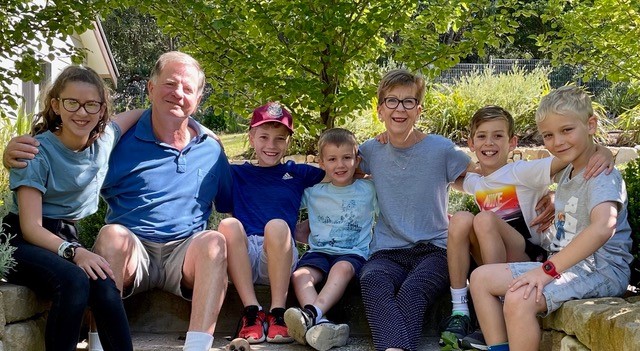 WomenCan funds ANZGOG’s research into gynaecological cancers, supporting the discoveries women like Ann urgently need. As this year ends, please help us keep striving to improve women’s lives, into 2023 and beyond with your tax-deductible donation today.

By coming together as a community, we can give more women access to the ground-breaking clinical trials they urgently need for a chance of survival. Please give what you can today and help women like Ann to live better, longer lives.