When Eileen Sargent joined her local Toastmasters in 2014, she met fellow speaker Jane Stevens.  They became instant friends.  While the women discovered that they shared many things in common, it wasn’t until 2020 when Eileen’s younger sister Kate was diagnosed with an aggressive type of ovarian cancer, that the two realized that their lives were entwined. 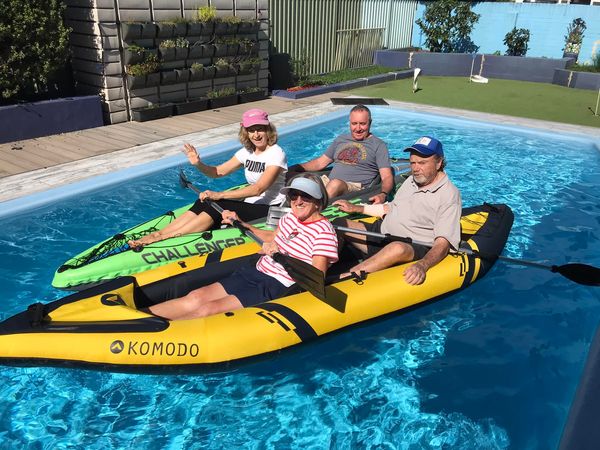 Kate sadly succumbed to the disease in December 2020, only 7 months from her diagnosis. Like Linda, Kate was also 57.

“I’ve struggled (and still am) with coming to terms with Kate’s death, and it was a great comfort to have Jane to talk to” tells Eileen “I was surprised when she told me she also had lost a sister to ovarian cancer also at age 57- albeit many years earlier, a very similar journey and it is important to feel not so alone on this - someone else does really understand. It has brought Jane and I much closer.”

“Both Eileen’s sister and my sister Linda died at age 57 from ovarian cancer” adds Jane “I became an empathetic ear for Eileen whilst she supported her sister in her illness as I had been through this (journey) 18 years before and we shared experiences.”

The friends quickly realized that while there was an 18-year gap between losing their beloved sisters, the survival rate for women diagnosed with ovarian cancer has not improved significantly in this time.

Inspired by their sisters, both Eileen and Jane have dusted off their hiking boots and poles and are now in training for the WomenCan Larapinta Trek, taking place in August 2022 in Australia’s spiritual centre – the Northern Territory and raising funds to support ANZGOG’s pioneering gynaecological cancer research.

“I was aghast that in 18 years – whilst the treatment may have become more advanced it seems there are still too many, getting diagnosed too late - to be saved” tells Jane “To honour Linda and her memory, my friend’s mum Vera, Kate and all women who have had this cancer, I want to do this to raise funds and awareness for this silent killer of women.”

Eileen recalls “Kate was simply a generous soul; she always had time for those less fortunate, physically, and mentally. She didn’t have a medical background but could give most a run for their money in her understanding of many conditions!  Apart from wanting to donate any part of her body after passing, she also wanted to help research.” 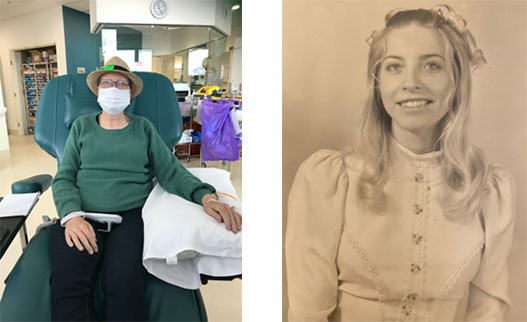 Kate (left) and Linda (right) both died at the age of 57 from ovarian cancer.

Very generously, Kate left a bequest gift in her Will to the Australia New Zealand Gynaecological Oncology Group (ANZGOG).

“Ever since Kate died, I have felt useless, what could I do for her in the end? Not a lot. I feel joining the WomenCan Larapinta Trek is the least I can do seeing she gave such a good donation in her Will to ovarian cancer research. And she handled herself with such dignity through an awful time, right to the end.” said Eileen.

Just like their foray into Toastmasters, Eileen and Jane are pushing themselves outside of their comfort zone by seeking donations to support their Larapinta trek challenge.

“I am very nervous about asking for donations, even though I’ve donated many times myself to various causes” said Jane “My first donation was from my nephew Steve in the UK. I used to mind him when I was 12 and he’s 50 now! It was a real buzz to get that.  Actually, it’s a real buzz every time I receive a donation and I suspect it will be like that until I get to my $3,000 fundraising target.”

Eileen tells us she was initially nervous about fundraising too. “I was very anxious about asking for donations. Everyone has causes that are dear to them for personal reasons. Ours is a very good cause, close to our hearts, that made it easier.”

“We donated ourselves to start the ball rolling, so the first ‘outside’ donation was a huge relief. I was shocked at the generosity of some - but they wanted to give for the love of Kate. It is also humbling that some people who did not know Kate trusted me enough to donate to the cause.”

And now it seems the tables have turned, and Eileen is Jane’s support person for the Larapinta trek. Eileen was a member of a mountaineering club as a young adult and it was she who encouraged Jane to join the trek. 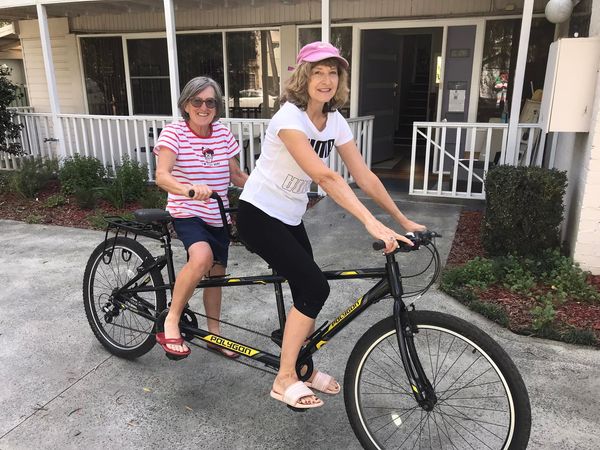 “This trek will be a challenge to myself to complete as I’ve never done anything like this before. This will be good for me to do as it will give me a sense of achievement and I am helping others in the process – so a sense of fulfillment in that. I look forward to seeing the part of Australian scenery and the culture of the locals. It’s the opportunity of a lifetime for me” said Jane

“Having Eileen with me makes so much difference. I doubt if I would have gone if not knowing we would be doing this together. We share a bond through our sisters and a value to inspire and help others. We are a Sister Act!”

WomenCan are grateful to Eileen, Jane and to all of our trekkers who have signed up for the WomenCan Larapinta Trek. Thank you to all those who have already supported the trekkers on their way to meet their fundraising targets.

To support Eileen, Jane or any of our other WomenCan Larapinta trekkers with a donation to gynaecological cancer research, click here:

Donate to Eileen or Jane's Fundraiser